Barbara Nicolosi is the founder of the Christian writer and executive training program Act One, Inc. and the executive director of the Galileo Studio at Azusa Pacific University. She recently came to Franciscan University where she gave a lecture on beauty and story telling. The lecture has been posted on the Franciscan University youtube Channel and is here for your perusal. She makes many excellent points regarding the need for beautiful art for the purpose of evangelization. I hope you will watch the whole thing at some point as your daily dose of edification on beauty. But just to give you a hint of what she is talking about, I am posting a snippet of the opening of her lecture for your perusal.

“I want to start here. Once the church was the patron of the arts. I use this expression with my students at Los Angeles film studies center. I just threw off the words “patron of the arts” and one girl in the front row raised her hand and she said, “Who is that?”
And I said, “Well what do you mean?”
“Who is the patron of the arts?”
“Well, who do you think it is?”
And they kind of shrugged and one of the kids said, “The Bravo Channel?”
Somebody else said, “The Sun Dance Institute?”
That’s pathetic. Pathetic that we could no longer make the claim that the Church is the patron of the arts with any credibility at all. And even if we say it to ourselves in a kind of smug way, the world would laugh at us. The Catholic Church is no longer the place where people go to see work like this: the most brilliant, beautiful art that is being produced. The question is was it a good thing or a bad thing that the Church was the patron of the arts? Let me cut right to the quick: Does anybody want to say that it was a bad thing? Okay. Where are we today? Pope Benedict says the two greatest signs that the Church is true are the lives of the saints and the works of art that the people of God produce. Where are we today? How did we get here? ... This is the first page of Handel’s Messiah and this is “Our God is an Awesome God,” all evidence to the contrary."

I think she makes some great points within her introduction, especially the point that the Church used to be the patron of the arts and it is no longer recognized as such. I am hoping and praying that I will live long enough to see the Church reclaim this status within the next hundred years.
As you watch the video, she shows a series of slides comparing the art of yesteryear and the art of today. The comparisons are rather striking, to put it mildly. Here are some examples: 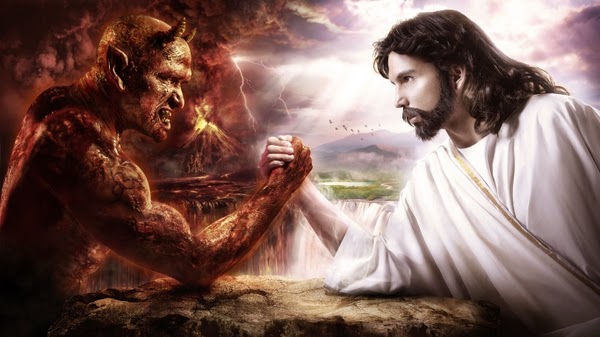 "But just look at the difference. One of the measures of beauty is complexity, that something can be beautiful and simple, but something can be more beautiful if it becomes more complex and as it grows in complexity it becomes more beautiful. So just look at the complexity. And there’s nothing wrong with simplicity. It’s perfect for the Barney Show.
The truth is that the art made by Christians today is not only not beautiful but tends to be among the ugliest art that mankind is producing."

She proceeds to turn to her specific field, the field of writing and story telling.

"What is our legacy as Catholic story tellers? The Divine Comedy, Crime and Punishment, Brideshead Revisited, The Lord of the Rings, The Man Who Was Thursday, Flannery O’Conner, Till We have Faces, etc. ... These are the kinds of stories that Catholics or Christians put out there in the literary sphere in the past. This is our legacy. Where are we today in stories? These have lasted. And in 500 years people will still be reading them."

Nicolosi then points out several characteristics of the great books she has just listed:

1. Great books were generally written for the mainstream; they speak to everyone (on different levels).
2. Great books have high craft in writing and storytelling. They actually show talent.

3. Great books deal with high stakes evil and sin; they are generally upsetting (i.e. Prophetic). ... Great art should strike you as if you have been awakened -- not violated, but awakened. And if you encounter art and it doesn't shake you up, then it is bad art.
4. Great books would never be confused with propaganda.


5. Great books are not embarrassing when you are with pagans.


6. Great books are profound but often not pious.


She points out that while films like "Facing the Giants," "Courageous," and "October Baby," are well and good, they speak only to a specific audience: a Christian one. These films are not likely to reach to a broader audience which is more in need of evangelization than the Christian one. These films are catechetical, not evangelical. There is a need for great art and great stories that speak to atheists as well as Catholics. This can happen in music, art, architecture, literature, and film. There is good Catholic music out there, such as Palestrina's Missa Papae Marcelli, which moves an atheist just as much if not more so than a Christian. The Sistine Chapel is awe inspiring for both the casual tourist as well as the pious pilgrim, though in different ways. These are examples of good Catholic art reaching to a broader audience, that display the characteristics Nicolosi mentions above though in a different genre of art.

Nicolosi later qualifies what she has just said by saying that sub-par art and media may be subsidized in beginning efforts and according to cultural norms.  Beginner efforts, such as young children attempting to draw the Nativity, are important and necessary and ought to be encouraged. However, she further qualifies this statement:

"But let me put to you another case: Supposing I, a forty-five year old woman, brought my mother a picture that looked like it had been drawn by a four year old, my mother would say, 'What the heck is this?' and not put it on the refrigerator. And I think that is the situation in the Church today. If I really believed that what we are doing to ourselves in the arts in the Church was the best we could do - hey. But I don't."

I hope that you will hear Nicolosi's case, as I think she has an important message for Catholic artists of all kinds, whether you are an aspiring writer, artist, filmmaker, or musician. Peace and blessings!

I found God through beauty. The first time I heard Bach, the only explanation for how a human being could create something so beautiful and perfect was that God was a part of it. Granted, I was pretty young at the time (@ 5 years old) but it is a touch stone of my faith. Granted, it makes appreciating masses in my home diocese a challenge, but...I'll take that balsa-wood cross in favor of never having experienced beauty in Truth. Without that defining event, I would have become an atheist.

Thank you so much for commenting, Amateur's Wife! It gladdens my heart that God revealed himself to you through the beauty of his creation, specifically Bach! I am an organist and Bach is one of my favorite composers of all time.