The Great Antiphons of the Octave Before Christmas 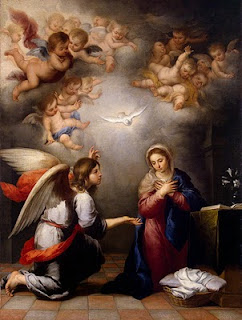 If you have a devotion to the Liturgy of the Hours, you may find this intriguing - and even if you don't have a devotion to the Liturgy of the Hours, you may still want to read and learn a thing or two! The "Great Antiphons" also known as the "O Antiphons" (titled as such because each antiphon begins with the exclamation "O!" began this Friday. The Great Antiphons are seven antiphons for the Magnificat at Vespers, and are said during the octave preceding the vigil of Christmas. Each one of these antiphons addresses Christ by one of the titles given Him in the Sacred Scriptures. These antiphons are wonderful meditations to help us prepare for the coming of Christ. In the words of the great liturgist, Dom Gueranger, "Let us enter into the spirit of the Church; let us reflect on the great day which is coming; that thus we may take our share in these the last and most earnest solicitations of the Church imploring her Spouse to come, to which He at length yields."

O Wisdom, that proceedest from the mouth of the Most High,
reaching from end to end mightily, and disposing all things sweetly
come and teach us the way of prudence.


The Second Antiphon, December 18th
O Adonai, et dux dominus Israel,
qui Moyse in igne flammae rubi apparuisti,
et ei in Sina legem dedisti :
veni ad redimendum nos in barchio extento.
O Mighty Lord and leader of the house of Israel,
who appeared to Moses in the burning bush,
and on Sinai gave him the law,
come to redeem us with outstretched arm.


The Sixth Antiphon, December 22nd
O Rex Gentium, et desideratus earum,
lapisque angularis,
qui facis utraque unum:
veni, et salva hominem, quem di limo formasti.
O King of the Gentiles and the Desired of all nations,
You are the cornerstone that binds two into one.
Come, and bring wholeness to man whom you fashioned out of clay.

Email ThisBlogThis!Share to TwitterShare to FacebookShare to Pinterest
Labels: Advent, Art, Christ, Christmas, Latin, Murillo, The Annunciation, the Liturgy of the Hours