"The Valiant Never Taste of Death But Once" 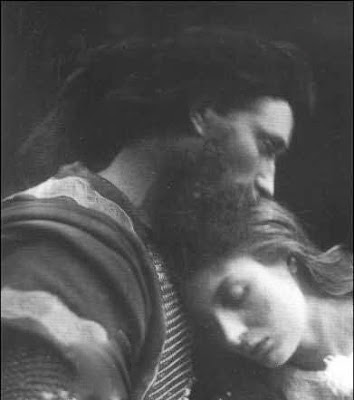 During the fall semester, my school's drama department put on two one-act plays. Now usually the one-acts tend to be the highlight of the semester, at least for my friends and I, so I was very excited to see them. This semester they put on The Sniper and The Valiant. Both of them were very well done, and both had a priest as a key character. The Sniper was a dark story about how a poor man's losses during the evils of World War II drove him to despair and death, despite the urgings of his priest friend. The acting was quite good, but the story over all was very sobering and grim. The second one-act, The Valiant by Holworthy Hall and Robert Middlemass, also had a dark ending, but it was much more uplifting.
The Valiant takes place about a half hour prior to a murderer's execution. The scene opens on the Warden and the prison chaplain discussing the prisoner. Due to the amount of publicity this case has received, thousands of letters have been written and phone calls made asking who this man is. The two men decide to bring the prisoner to the Warden's office to try one last time to discover the man's identity. But the prisoner, James Dyke, is determined to take his secret to the grave. No one knows who he is or where he came from, and he plans to keep it that way. But as he waits his fate on death row, a strange young woman comes to the prison requesting to see him. As the Warden questions her, the audience learns that she has come with the hope of finding her long lost brother.
What struck me about the play was the main character, James Dyke. He is a fascinating individual. As the play unfolds, we learn that neither the hardened warden nor the gentle chaplain desire his death. There is no doubt that Dyke is guilty. However,not only does Dyke fully and unabashedly admit that he is guilty, but he also admits that he does not regret his crime. He truly believed that his victim deserved to die. He planned the deed well and executed it with precision. Dyke knew the consequences, and he is perfectly willing to live with them. As the warden and the chaplain speak with Dyke, you see Dyke's character, that he is a man of honesty, courage, and integrity. He is a tragic hero who does not seem to deserve such a fate. But Dyke is noble and heroic, unafraid to face death.
The arrival of the young woman, Josephine Paris on the scene proves even more Dyke's noble spirit. She is a beautiful young lady of pure spirit, determined that he is her brother. Dyke is sorry to disappoint Josephine, but throughout the conversation he shows her nothing but honor. Dyke denies that he has ever met or known her, but both characters derive a great deal of comfort and consolation from the few minutes they have together. Dyke has not seen a woman in several months, and towards the end of the visit, he gently requests that he might say good bye to Josephine the way he would say good bye to a mother or daughter. "I had forgotten how much women are like angels," he says softly.
The play concludes with a stirring line from Shakespeare as Dyke is lead to his death: "Cowards die many times before their deaths; The valiant never taste of death but once."
Posted by Emily Starr at 6:11 PM

I feel that James should be killed, an eye for an eye.

If everyone followed that sort of logic, I'm afraid the entire world would be blind and toothless. I agree completely that what James did was wrong, but I disagree that he should be killed. He did a wicked deed, but he is not a wicked man.