Achieving Old Maidenhood: A Tribute to My Piano Teacher

I lost one of my childhood mentors this passed November, namely my high school piano teacher, Miss Elizabeth Pastor, who at the time was professor of piano at Ashland University. She had a profound influence upon my decision to pursue an academic degree and a career in music, and, while we did not keep in touch after I went to college, I thought of her often with great fondness and I often reflect upon her influence upon me.

Miss Pastor made me realize how important music was in my life, and she pushed me to work towards a higher level of performance than I had previously thought I was capable of. It was because of her teaching that I chose first to minor in music (I began university majoring in English) and later chose music as my major, though as a student of organ rather than piano.

In addition to her piano instruction, Miss Pastor inspired me with her vivacious personality and her generous spirit. She was the person I want to be when I grow up: a strong, independent, and creative woman with a deep heart. She was fiercely independent, and while she had received offers of marriage multiple times "from four good men," she confessed that she could never give up her freedom. She loved cats and had at least three -- I specifically remember her beautiful calico cat, Cleopatra. And she loved art, especially modern. Her house (which I believe she had designed herself) was a veritable museum, full of conversation pieces. There was a life-sized Tin Man and a giant dancing ladybug in her backyard, and a life-sized ostrich sculpture behind her piano, where Cleopatra liked to perch and watch as she taught our lessons.

When she saw potential in a student, “she dug right in and helped them pursue and develop it.” I worked hard to earn her praise, and when I got it, there was nothing like it. She was often brutally honest, but she had no time for half-assed work. She also gave me my first classical music CD, a recording of Vivaldi's Four Seasons that, to this day, is my favorite recording of the work. She wanted us to pursue music at the college level if that was our ambition, but she was not a die-hard romantic. She would ask us how we intended to make a living after college, and wanted to make sure we had considered the practical side of the equation, and the risks involved in the music field. Although she was not a fan of the pipe organ, I like to think she was happy for me when I changed my major to music. I dedicated my dissertation to her as well as my parents and my first organ teacher, Dr. Paul M. Weber.

My Alma Mater, the Cleveland Institute of Music, where Miss Pastor had previously served as a piano instructor and a chamber music coach, recently sent out a moving tribute to her. The Dean wrote, "She is remembered fondly by generations of students influenced by her artistry, her teaching and her experience, both in piano and chamber music. She seemed to know every important artist of the day; perhaps in a foreshadowing of her career, as a child, her enthusiastic applause caught Rachmaninoff's attention after a recital, and he stopped to shake her hand before he left the stage."

Miss Pastor was a woman who, to quote Miss Lavender from Chapter 23 of L.M. Montgomery's Anne of Avonlea, "achieved old maidenhood." To quote Anne Shirley, "You are one of those who have achieved it... and you've done it so beautifully that if every old maid were like you they would come into the fashion, I think."

If you wish to read more about her, here is a link to her obituary in our local newspaper from this past November.

Rest in peace, Miss Pastor. I miss you, and I thank God that He led me to you to help me find my own path as a church musician.

P.S. I think you would be please to know that I have adopted two fur-babies of my own, namely my kitties, Dobby and Dart. You would love them, I am sure.

Thank you for everything. 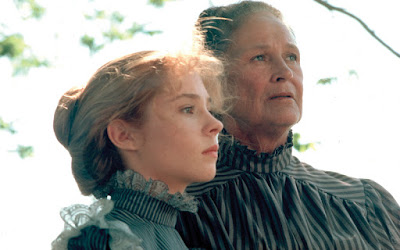 Edit: Here is a small tribute put together by her friends and colleagues from Ashland University.