Vulgarity is no substitute for wit 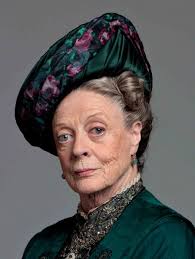 We all have those moments when someone drives us to the point of wishing to verbally express our frustration, impatience, or anger in less than admirable language. However, my experiences over the past year while growing accustomed to city life and attending a music conservatory have shown me that the use of swear words in every day speech is far more common than I had realized. Walking down the hall or sitting in the computer lab, it is not uncommon to hear the "female dog," s***, a**, or even the F-bomb dropped more than once, a word which is considered serious enough to give a film an "R" rating if used too many times.

It has been my understanding that these words are generally used in moments of pain, frustration, or anger -- instances when words like "darn" don't quite do justice to the situation. However, these recent experiences have proven to the contrary. My question is: why has the use of the f-word and other expletives become so common place?  Do people use them because it is a bad habit they've picked up through their youth, schooling, or entertainment? Are they frustrated or upset the majority of the time and less offensive words just don't cut it anymore? Is the use of expletives a rite of passage to adulthood and now people enjoy giving full reign to the new addition to their vocabulary? Do they think that they make themselves sound more "impressive," "cool," or "daring" by using these words?  Or maybe it's just me and these words just aren't as "bad" as they used to be.

Whatever the reason behind the expletive over-usage, it seems to me that those who are guilty of it seem to have a considerable problem expressing themselves.  In Shakespeare's day, at least folks were a bit more creative in their word choice, with expressions like, "You brood of vipers!" or "You carcass fit for hounds!" which, I've gotta say, sounds far more intelligent than "F*** you!"
It demonstrates a limited vocabulary and expresses a limited emotional venue, even if it does not reflect the truth. In a way, it's the opposite problem of how the word "love" has become the new "like." People say they love everything when they actually don't mean what they say. A young man might say he loves his girlfriend and he loves a particular movie. What he actually means is that he really likes or enjoys said movie, but he has affection for and wills the good of his girlfriend, even if he just used the same word to express two completely different situations. Perhaps it is the same with swear words. Just as there ought to be different degrees of "like" vs. "love" (where "love" is reserved for God and for persons and "like" is reserved for chocolate, scarves, movies, and laptops), perhaps a hierarchy ought to be restored to the realm of swear words, if they are even necessary in the first place (this is a debate for another time).

Another point to take into consideration: if the use of swear words has become so commonplace in someone's speech, is he really in control of his tongue or has he become a victim to a bad habit?

Finally, if a person thinks that by frequently using expletives in his vocabulary he is coming across as more impressive, "adult", or "cool," in the words of the Dowager Countess of Grantham, "Vulgarity is no substitute for wit." Language is meant to be something beautiful. Kindly take your f-bomb over-usage back to the gutter where it belongs.
Posted by Emily Starr at 8:28 AM