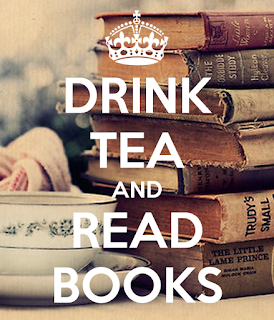 Happy New Year! Last year I made a resolution to attempt to resurrect this little blog. While I wish I had managed a post per month, I managed about 9 posts this past year, which is a far cry from anything I managed on here in the past few years.

My second resolution for 2018 was to read 12 books and, thanks to the help of my friends and the book club I joined back in September, I have been able to accomplish this goal. I used to read for pleasure quite a bit in high school, and unfortunately during my college and graduate studies reading was no longer a means of leisure and enjoyment and so I fell out of practice. It has been refreshing to cultivate the habit once again. I am a much slower reader than I used to be, but I have found that in many respects I prefer this method. I like to take my time with a book as I get to know the author's style and the characters, and I like to ruminate on the stories with which I choose to engage.

Catherine of Siena by Sigrid Undset
That Hideous Strength by C.S. Lewis (The Space Trilogy, Book III)
An Immovable Feast: How I Gave Up Spirituality for a Life of Religious Abundance by Tyler Blanski
Made for Love: Same-Sex Attraction & the Catholic Church by Fr. Mike Schmitz
Compassionate Blood by St. Catherine of Siena, ed. by Fr. Romanus Cessario, O.P.
The Brothers Karamazov by Fyodor Dostoevsky
A Bloody Habit by Eleanor Bourg Nicholson
Flannery O'Connor: Spiritual Writings, ed. by Robert Ellsberg
An American Childhood by Annie Dillard
My Name is Asher Lev by Chaim Potok
The Grace of Enough by Haley Stewart
A Christmas Memory, One Christmas, & The Thanksgiving Visitor by Truman Capote
The Reed of God by Caryll Houselander

Some of my favorites this year were:

1) Catherine of Siena, a biography about the life of the Italian saint by Sigrid Undset, an author who is not only a brilliant historian but also has a beautiful and honest understanding of the Catholic faith.

2) The Brothers Karamazov, which is very long but incredibly worthwhile and proved to be a perfect companion as we walk through this difficult time of scandal in the Church hierarchy.

3) An Immovable Feast was a delightful tale of the conversion of Tyler Blanski, a spiritual-but-not-religious man who eventually found his way to the Catholic faith via Anglican seminary. His conversion story was a joy to read, not only because of the content but also because of the style. His way with words is absolutely beautiful, and he is a die-hard romantic in the Chestertonian fairy tale sense -- like I said, a true joy to read!

4) My Name is Asher Lev is a heavier, darker novel but intriguing and beautiful as it tells the story of a Hasidic Jewish boy who aspires to become a painter in spite of the misgivings and occasional animosity of his parents and community. This book was probably the most thought-provoking of the books I read this year, and turned out to be quite a page turner at the end!

And last but not least:

5) The Reed of God by Caryll Houselander, which is a beautiful series of reflections on the life of the Blessed Mother, and was a perfect meditation during the preparatory season of Advent. Disclaimer: I read most of it during the second half of Advent into the Twelve Days of Christmas. As a church musician, Advent is not an easy season for me to keep. I will have to be more intentional about it next year!

My resolutions for the new year: 1) to blog once a month, or to at least produce twelve blogposts this year; 2) to read at least nineteen books; 3) to cultivate the habit of practicing regularly at least three days a week, and to learn one organ piece by J.S. Bach, Dietrich Buxtehude, and Louis Vierne. It's difficult to make time to learn new music as a music director (odd I know, but true), but I miss it and I notice my skills are getting rusty!

It is the time of new beginnings: a blank canvas, filled with possibilities. To quote Bilbo Baggins, "Only one way to go: forward. On we go!" 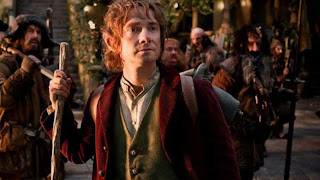